The Gundua Foundation started in 2006

HRH Crown Princess Victoria is a committed patron of the Gundua Foundation. The Crown Princess takes her assignment very seriously and looks forward to continuing the work with the foundation’s investment in education and health care in Ex-Lewa. 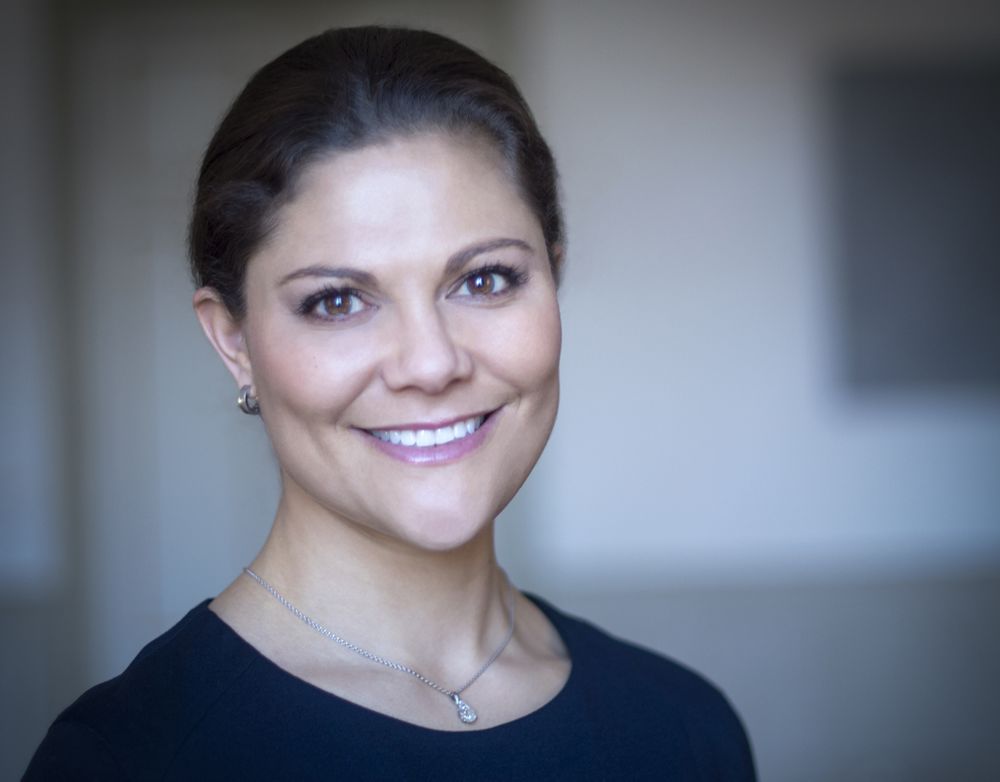 – I am involved in a number of foundations and charities, and many of them involve working with children. It is impossible not to be inspired by my mother, who always has been a driving force for the World Childhood Foundation. The purpose – to improve the conditions for prosperity and democracy in poor countries through concrete investment in education – is naturally very urgent. The foundation could present a thorough and concrete plan for its first first project, the school in Ex-Lewa, Kenya. That is why I chose to accept the patronage of Gundua Foundation.

More than ten years have passed since the idea for the foundation was first conceived, and I have had the pleasure to be its Patron from the start. It has been both inspiring and instructive to follow the development and see what a difference a Swedish non-profit initiative can do in so many children’s lives. The inauguration of Gundua Secondary School 2009 is a fond memory, with happiness, hope and optimism mixed with immense pride in the local traditions.

Since then, the Foundation has developed into a small school system. Soon after the start of Gundua Secondary School, which provides education at secondary school level, it was clear that the students’ basic skills needed to be strengthened in order to benefit fully from the program. The Foundation therefore decided to also engage in education at the primary level. Two primary schools in the area have subsequently been included.

Results at Gundua Secondary School now rank among the best in the region. Thousands of students have finished school and more than 800 are currently studying at primary and secondary school. More than 50 students have gone on to higher education. Others have started their own businesses and are now involved in developing the region.

One of the UN’s Millennium Development Goals was that every child in the world would be able go to school and have the opportunity to complete a primary education by 2015. This unfortunately did not happen. But still, development has come a long way. Large parts of Africa have entered a dynamic phase of development, and in the places where there are no ongoing wars and other conflicts, schooling and literacy have increased.

When Gundua Foundation was founded more than 45 million African children were not in school. And more than 140 million left school without being able to read and write. Today it looks much better. It is a hopeful development, where our engagement in Ex-Lewa has contributed as an important piece of the puzzle.

Together, we have learned a lot along the way and are well prepared for the next step. We are ready to work with new partners to establish more projects to support children in other similar areas.

Our main sponsors are Apotek Hjärtat, Ikea and Marcus and Amalia Wallenberg Foundation. ICTA AB (former Intellecta) is the initiator and founder of the Gundua Foundation.

The foundation has made generous contributions to ”Student and Women Education in entrepreneurship in Kenya”. The donation is used to building a skills centre.

Apotek Hjärtat is the largest independent pharmacy chain in Sweden.

Hjärtat is one of the most important sponsors to the Gundua Foundation and has been instrumental in increasing the standard of health care for the people in Ex-Lewa through its generous donations and engagement in the Gundua Health Centre.

Ingvar Kamprad, IKEA Foundation and IKEA AB are the main sponsors to the educational part of Gundua Foundation.

Their generous donations have allowed for major improvements at the three schools currently in the Foundation’s program, such as new class rooms, renovations, new benches, furniture, literature and other educational material needed.

The Gundua Foundation aims to help improve reading and writing skills and the general educational level in the developing countries. These are prerequisites for democracy and good living standards. The Foundation works primarily through concrete efforts in education in Kenya.

Giving children and young people the chance to go to school and to receive a proper education is one of the most important tasks of any society. Education is a win-win situation whether you see it as an investment in economic growth and increased wellbeing, as a powerful tool against poverty, social prejudices and forms of extremism, or the individual level, where education gives people substantially better possibilities for getting a job and being able to support themselves.

How it all began

In 2006, Charles Dyer and ICTA came up with the idea of the Gundua Foundation. The thought was to make a contribution to the UN Millennium Development Goals; a vision that all children in the world should be able to go to school by 2015. We were lucky to welcome H.R.H. Crown Princess Victoria early on as patron of the foundation. The first step was the planning of the school project, Gundua Secondary School, and to find partners to finance the construction we were planning.

In 2007, all formal permits and approvals were in place. The construction was planned and tenders were sent out, and during the autumn we were able to start the actual building. Teachers were employed around New Year, and the teaching started with some 40 students in the adjoining Primary School.

The construction of the school proceeded in phases according to plan during 2008. More teachers and a headteacher were employed, and teaching started in the school’s own premises with about 120 students. During the year we were pleased to welcome more donors and partners to the foundation.

In 2009, the Gundua project became one of Northern Kenya’s largest school projects. All classes were increased and the total number of students reached 240. On 12 November 2009, the school was officially inaugurated in the presence of H.R.H. Crown Princess Victoria. During the year the foundation decided to broaden its engagement in Ex-Lewa.

The foundation was granted so-called 90-account status in 2010. At the same time the adjoining primary school was incorporated into the foundation. A decision was made to start a health centre in order to better support the local community..

During 2011, Gundua Secondary School was completed and developed as a model school – the Gundua Model – with 320 students. The Gundua Health Centre was built and inaugurated on 12 November 2011.

In 2014 the foundation formally took over the responsiblity for Ex-Lewa’s Primary School which changed names to Gundua Primary School. 345 students study in classes 1-8 and in addition, 75 children in age 2-5 are enrolled in the school’s kindergarten. The school has been renovated and modernized with new classrooms and new furniture. The Foundation continues its important work to support the children in and around Ex-Lewa. Since a while back the Ndurumuru Primary School is now being renovated and brought to to the same standards as the other schools and will be incporated into the Foundation’s organisation. IKEA has provided generous support to this project.

Continuous improvement and development of the schools and the health clinic continue as we speak.

"We really make a difference”

The foundation was initiated in 2007. Since then we are dedicated to providing better living conditions by offering qualified education and professional healthcare to young people in a very poor, rural part of Kenya to give.

Today, more children come to school every day to Gundua Primary and Secondary School than we have employed within the ICTA Group. Our schools receive more than 800 students and are now among the top three in the region. Our clinic, Gundua Health Centre, which is generously sponsored by Apotek Hjärtat, is also part of the foundation’s commitment to increasing the standard of living for the around 10,000 people living in and around the Ex-Lewa community.

We are here for the long term and it’s important for us to act in a way that really makes a difference for the children and people of Ex-Lewa. We continuously donate computers, books and other things that can come to use in the daily schoolwork.

What differentiates Gundua Foundation from other charities is that it has a minimum of administrative tasks and costs which means that all the contributions go directly to those who need it the most– children and youngsters in Ex-Lewa. Since we don’t have any middle-men we can make sure that our donations and contributions make concrete impact. Let me share some of the things achieved lately:

I am very grateful to our co-sponsors’- Apotek Hjärtat,Ikea and the Marcus & Amalia Wallenberg Foundation – generous contributions and strong commitment to Gundua Foundation. Together we can give the children and people in the region an even better life.

The Gundua Foundation has deep and broad knowledge of charity and community work domestically and internationally. All board members work free of charge as the Foundation is a non-profit organisation. The basis for the projects that have happened in Ex-Lewa stems from the board of directors.